Because of the many beautiful (and free) anchorages which are located in the - now very nearby - Spanish Rias, I decided to leave the (expensive) marina of Gijón even though a strong breeze/near gale (without rain forecast) would pass because of the 70th (or something) Atlantic depression coming over. These Atlantic depressions usually have their centre above the Atlantic and are moving inland above Ireland or the UK. Then, most of the time, they slowly move east over Europe until they dissolve. Because of the high number of such depressions in this summer of 2012, the sun has been absent on many, many days in Belgium where I started my voyage. Now I'm in northern Spain and those very same depressions reach this zone with their outer limits. This was the forecast for today: in the afternoon, for some period of 3 hours (I estimated), a strong breeze with wind gusts up to 30 knots (55km/h), no rain. That means 'near gale' conditions according to the Beaufort scale. The weather would pass over from west to east while I needed to head from east to west which makes it a shorter 'stay' in the bad weather because you get faster through the bad-weather-zone. I decided to go. A few weeks ago I had encountered a half-an-hour rain shower and I read 35 knots on the wind meter and the boat behaved very good (only mainsail, head sail furled/rolled in).

I had an easy passage with lots of sun, yoghurt, reading, resting until 2 o'clock in the afternoon, I still had some estimated 5 hours to go and I was prepared. I had been checking air pressure on my barometer each half an hour to check if it was according to the forecasts. If not, I could seek refuge by anchoring in a harbour not too far away. Air pressure showed everything went as forecast. I continued. Though one picture says more than a thousand words, the experience is not realistically captured in only a few pictures. Alhamdulillah, my boat is perfectly up to such conditions. Here we go to some images while the strong breeze/near gale came over. 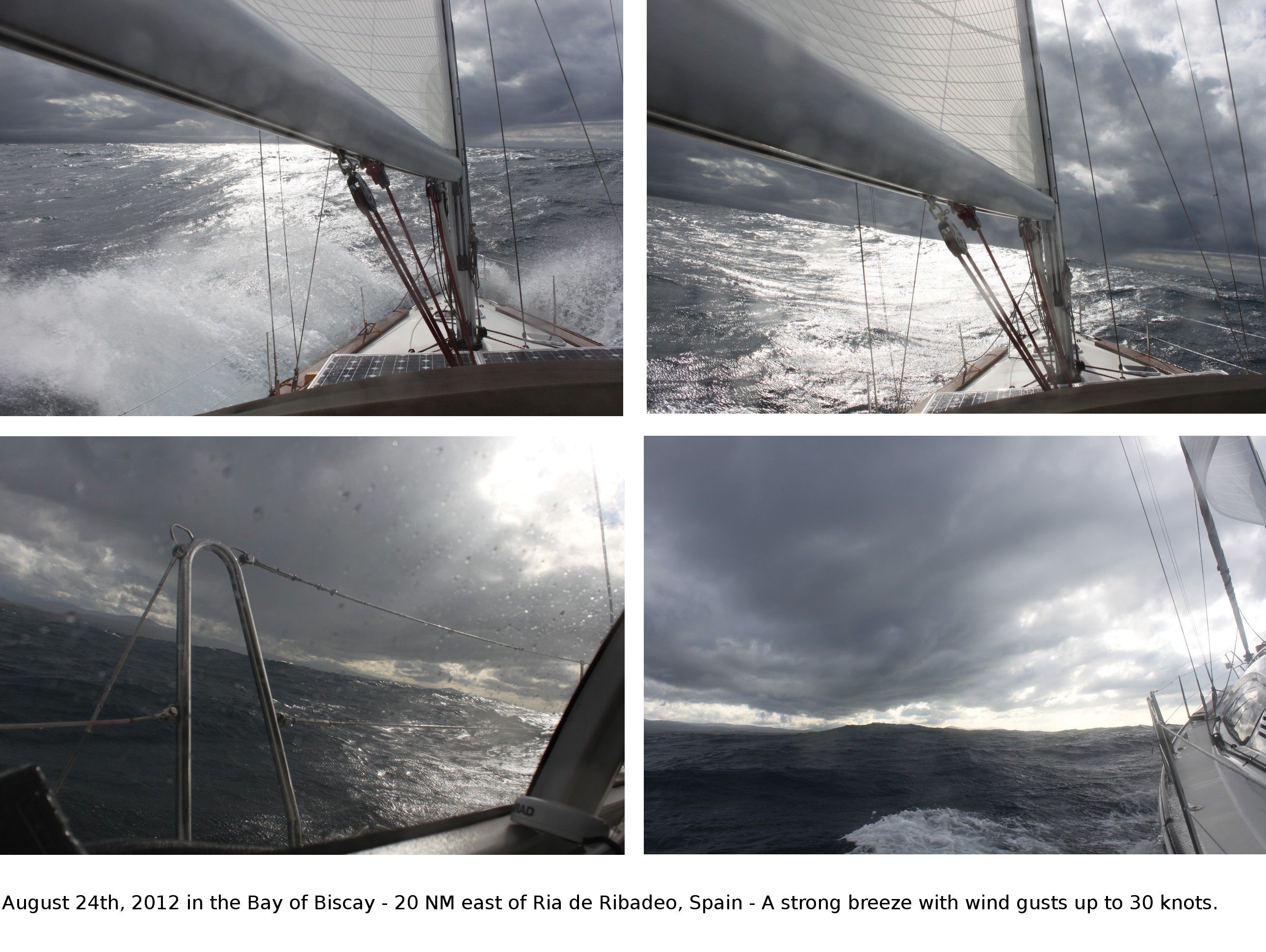 Insha'Allah, I will take several days of time now to do little trips westward and wait for the northerly winds to settle. That way, I can enjoy an easy passage southbound discovering the Spanish and Portuguese west coast.